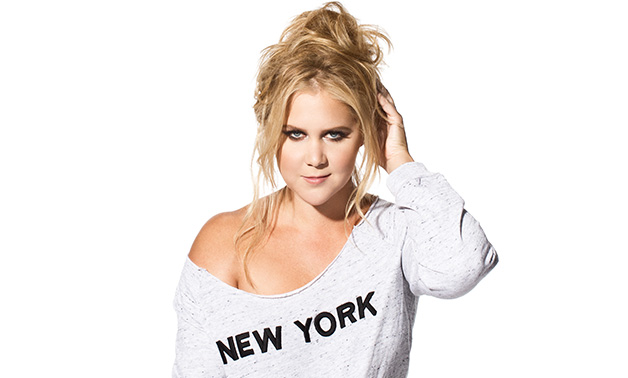 RIDGEFIELD, WA. (May 14, 2018) – You saw her host Saturday Night Live this past weekend, now see her up close and personal at ilani! ilani is proud to welcome Amy Schumer and Friends to the Cowlitz Ballroom on Thursday, August 9th at 8:00pm.

The show contains adult content and is intended for mature audiences only.  This is a phone-free show with no mobile tickets. No phones, cameras, or recording devices will be permitted in the performance space. Upon arrival, all phones and smart watches will be secured in Yondr pouches that will be unlocked at the end of the show. Guests maintain possession of their phones throughout the night, and if needed, may access their phones at designated Phone Use Areas in the venue. We appreciate your cooperation in creating a phone-free viewing experience.

Schumer most recently stars in the hit comedy, I Feel Pretty, and can also be seen on the big screen in Snatched, the mother-daughter comedy opposite Goldie Hawn,  a drama about PTSD in soldiers Thank You For Your Service, and Universal Pictures hit Trainwreck. Trainwreck dominated the 2015 summer comedy worldwide box office and won the Critic’s Choice award for best actress in a comedy, Trainwreck was nominated for two Golden Globes including Best Actress, Comedy or Musical, as well as Best Picture, Comedy or Musical. Schumer’s latest one hour Comedy special titled “The Leather Special” is currently streaming on Netflix. Her one-hour HBO comedy special, “Amy Schumer: Live at the Apollo” directed by Chris Rock, premiered on October 17, 2015, and was HBO’s most watched Saturday night comedy special debut. In 2016, Schumer became the first female comedian to ever sell out Madison Square Garden in New York City. Schumer has won the Pollstar Award for “Comedy Tour Of The Year” in both 2015 and 2016. Schumer’s first book, The Girl with The Lower Back Tattoo, earned her a 2017 Grammy Award nomination for Best Spoken Word Album and was on The New York Times bestseller list for months. Schumer is the creator, star, writer and executive producer of the Emmy and Peabody award winning “Inside Amy Schumer,” the popular Comedy Central television series.

About ilani:
Located on a 156-acre site in La Center, Washington, ilani, developed by the Cowlitz Tribe and Salishan-Mohegan, a partnership that includes Mohegan Sun, one of the world’s foremost gaming and entertainment developers and operators, is the West Coast’s premier gaming, dining, entertainment and meeting destination. With nearly 400,000 total square feet, ilani includes 100,000 square feet of gaming space with 2,500 slots and 75 gaming tables; 15 different restaurants, bars and retail outlets; and the 2,500-seat Cowlitz Ballroom located inside the Meeting & Entertainment Center, home to epic concerts, headlining comedians, nationally recognized performances, and more. For more information, visit ilaniresort.com and follow ilani on Facebook, Twitter, and Instagram.